In the past, DigitalOcean had a big security issue, and I told people that I don’t recommend using them. They responded to the issue pretty well, but I felt that the issue they had should not have happened in the first place.

Some time has passed since then without any major issues, and they hired an all-star systems administrator. Recently I was working on a project using AWS, and in my search for information, I came across some useful tutorial pages on their site. Because of this, when the time came to switch hosts for my personal site, I started using DigitalOcean and have had a great experience. I can heartily recommend them now.

Of course, they may still have major security issues, but I expect that they’ll have better than average security going forward.

Made a simple page that runs whitespace-separated items in a textarea through a function in a second textarea and outputs the results in a third textarea. Recalculates on blur. Comes with a sum function. With ACE Editor and a library of pre-made functions it could be fun to play with.

I built a random-color angular directive with a test on the same page. I started by using plunkr but gave up and used Bower because my connection was unreliable. I learned that angular-mocks is a counterpart to Jasmine in that it exports global variables for convenience. Also, angular-mocks must be loaded after Jasmine. I learned this the hard way.

Decoding binary to a string:

I made a little prototype of a literate programming tool inspired by Literate CoffeeScript. It converts markdown to JavaScript by turning markdown lines into comments, and JavaScript to markdown by removing comments around Markdown and putting fences around the JavaScript. It’s a little flawed right now.

I found Mocha and Chai on cdnjs and created a small example of running them inside jsbin.

I like building up a project from small parts but sometimes it’s good to try using a full framework to see what parts I’m missing. Today I tried starting a mean.js app with yeoman. It comes with a lot preconfigured, including five different authentication options, and since I chose it, an articles model. I removed four of the five authentication modules and changed the name of Article to Bin. In the process I found where things are stored in mean.js. It seems to do a good job of following the rails mantra of Convention Over Configuration.

I want to return to this experiment and get it working the rest of the way and deployed on Heroku. The basic idea is a minimalistic jsfiddle.

I also tried using patterns in svg. I still have to learn some more to understand them and to get the results I want, and I also need to brush up on biezer curves.

Update: I adjusted the vertical offset of the pattern to remove gaps between states.

Today I checked out Fabric.js. The basics are surprisingly quick to learn! 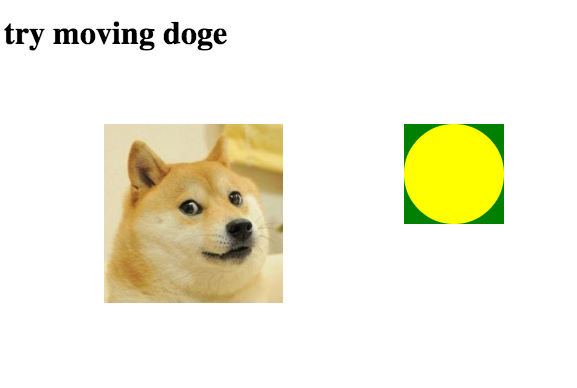 A lot of node programmers like to code on the left margin. This is made possible by JavaScript’s dynamic nature. Prototypes can be built up and exports.

In Grunt the examples and virtually all code are wrapped up in one big function. Gulp doesn’t require this, and I’m under the impression many prefer this. However Grunt has a huge standard library.

I like code that doesn’t leave the left margin for long because it’s easier for me to see chunks of code. It also allows me to interleave code, which sometimes makes a lot of sense.

Using OOP, Grunt can be made to have this style. I took the Gruntfile for jquery and made it stay to the left margin while working the same way.

I won’t be sending a pull request, but I may do this on one of my own projects.

I’ve started playing with Component again after finding some neat devs/projects/companies that use it. I also checked out ES6 generators in the development version of node and Koa which uses generators. Pretty neat stuff!

I created an example app that uses both Koa and Component but doesn’t do anything server-side. A possible future project is to make my example app use a server-side JSON API to do something.